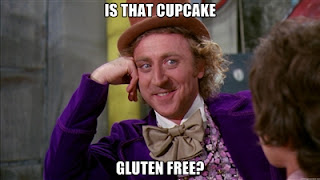 I got a taste the other day of what it must feel like to be a beginning vegan baker...because the other day I started my journey as a beginning gluten-free baker. It was a bit confusing and I had some questions, but everything ended up turning out mostly ok.

I have been curious about the gluten-free fad for a while, but have always been intimidated by expensive flours of which you need 2 or 3 or 4 of for each recipe, the superexpensive and seemingly necessary xanthan gum, and that a lot of gluten-free recipes make up for the sticky proteiny-ness of gluten with loads of eggs.

I'm no celiac, but if I eat a lot of seitan, I feel like there's a brick sitting in my stomach. My cousin, however, is a celiac and gets insufferably sick when he gets "gutened", as he says. So my cousin's baked good-less holiday and my curiosity for different and challenging things brought me to the next three recipes.

I had a few gf flours in the pantry, mainly cheap things like white rice, potato and tapioca that I get at the Asian market. And I had no intention of buying an $8-$12 bag of anything, including xanthan gum, so I searched and searched to find recipes that didn't use those and were beginner friendly. I decided on "brownies", flourless peanut butter cookies, and the vanilla gluten freedom cupcakes from Vegan Cupcakes Take over the World. 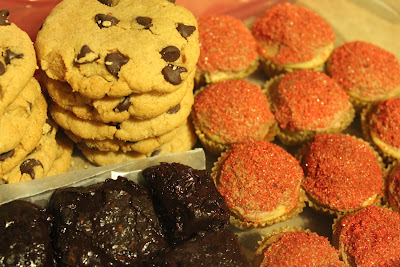 The brownies were the most baffling. I chose them because they only required rice flour and seemed pretty straightforward. I'm not entirely sure the recipe is correct, because it was modified from another...and I think there is too much liquid, but I didn't want to deviate from it with this being my first attempt at a new kind of baking. The original recipe calls for sweet rice flour, so perhaps that makes a difference. Other than upping the sugar, as mentioned, I changed nothing. My rice/water mixture wasn't paste-like, so perhaps I didn't cook it long enough. When the oven timer went off, I checked to find a pan of bubbly boiling chocolate syrup.. There was a little brownie skin in the middle of the pan, but the edges were boiling liquid...So I ended up keeping them in the oven for about and hour and a half until I finally gave up. When I pulled them out, they were still bubbly liquid, but as they cooled, they congealed and turned into something like fudge. And they were actually really good! I just wouldn't call them brownies, and I would use a foil lined or disposable pan next time. And be sure to cut them before they cool completely, or they will be near impossible to remove from the pan. (There was so much baked on stuff, I'm not sure I will ever get the pan clean.) But I would definitely make these fudgethingies again! Maybe I would reduce the water to see if they turn out more brownie-like.

Now the peanut butter cookies are a bit of a cheat because they don't use any gluten-free flours...They don't use any flour at all! Flourless, eggless cookies...hmm...sounds too good to be true, but I had seen several variations of this recipe, which is basically peanut butter, sugar and egg replacer. This recipe uses powdered egg replacer and applesauce. I made the recipe as directed, but using DIY egg replacer instead of Ener-G. You could probably use ground flax with the same (or better?) results. I halved the recipe and got 12 substantial cookies. They are a bit crumbly and super peanut buttery (duh), but amazingly simple. I used the harder solids and some oil from the bottom of a jar of natural peanut butter..I bet the texture would be different (more chewy?) with stir-able peanut butter. Here are some other variations on the recipe. 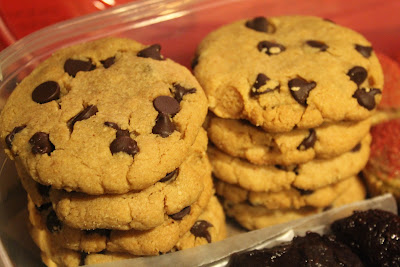 I wasn't planning on the cupcakes because they call for quinoa flour which is $8 for a 1 lb box, but when I found cheap millet flour at the Asian market, I figured millet flour would be very similar and would work. The VCTOTW recipe does use four flours (tapioca, corn or almond, white rice and quinoa), which has always intimidated me a bit, but quinoa was the only one I was missing.


I chose corn instead of almond to help use up my bag of corn flour that I rarely find uses for, and it definitely left a distinct taste on the cupcakes. Unfrosted, the cupcakes tasted a little like sweet corn muffins. Almond would definitely replicate the gluten free cupcakes from my favorite NYC sandwich shop. In fact, now that I've made the gluten freedom cupcakes, I'm nearly certain that's the recipe they use with almond flour instead of corn.

I decided to half the recipe and make minis, because I didn't want so much to go to waste if I messed it up (although I should know by now, Isa and Terry rarely lead astray with their recipes.) If you didn't know, a cupcake success secret is that minis are a lot more fool-proof than regular sized cupcakes. I figured this out when I had a mini cupcake machine in an oven-less boat I lived in, and was able to sloppily throw together batter with unmeasured ingredients and have the cupcakes still turn out great.

I got 18 minis from the half recipe. I frosted the cupcakes with a buttercream with a tiny bit of cocoa powder for a light chocolatey frosting and rolled them in red sugar. I would definitely make these again for myself..They have a nice texture that isn't pure fluff like white flour cupcakes. I'll try the almond version next, but I am satisfied with the corn one. 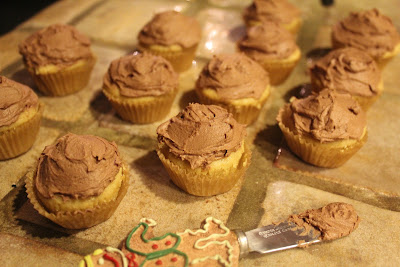 So my first gluten-free baking experiences did not make me want to pull my hair out. And I didn't have to buy xanthan gum or multiple $8 bags of flour. And everything didn't fall flat or turn to bricks. It makes my cousin insanely happy to be able to eat homebaked goods, and I enjoy trying new things, so there will likely be more gluten free recipes to come. 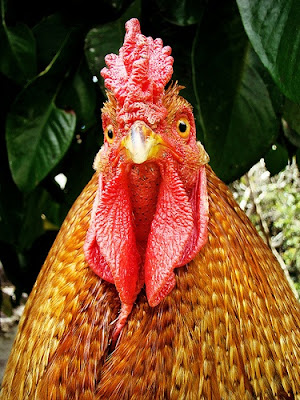 Posted by jacblades at 8:54 AM