So I've been making Thanksgiving dishes this week, trying to figure out which ones I want to do for Thursday.

First I made PPK Butternut Alfredo!, substituting canned pumpkin for butternut squash. This was excellent and superduper easy to make. Beside the soaking time for the cashews, the dish came together in less than 30 minutes. I also upped the sage and used fresh, since we have some in the garden. Try it with soba noodles if you have them. They are my favorite and take less time to cook. 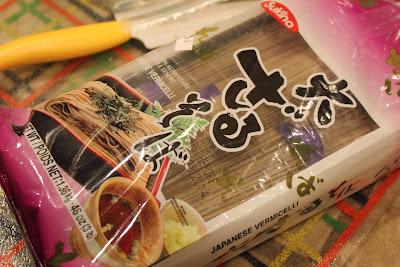 I had also been wanting to try the Herbed Cream Collards from Vegnews. I've been getting ginormous bunches of collards at the farmer's market for $2 and while they usually go to a big pot of hoppin john, I thought these should be tried in something new. 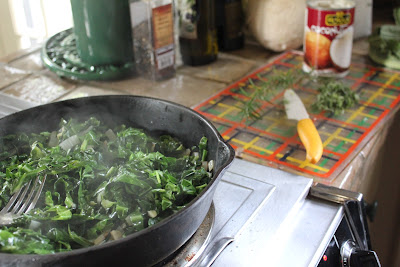 This recipe is pure fatty mcfatt goodness. These are incredibly rich with a can of coconut milk and a cup of almond meal (You don't need to buy almond meal..Just grind almonds in the food processor.) and a little goes a long way. When I tried them fresh out of the pan, I could taste the coconut, but when I heated some up the next day, I could not. So depending when you eat them, they're appropriate for coconut lovers and haters alike. (I used a whole can of coconut milk, but used olive oil instead of coconut oil, as called for.) Also got to use more fresh sage and some rosemary from the garden for this one. I think I will be doing these on Thursday.

I wanted to try a quick green bean recipe last night and found Green Bean Shiraae which intrigued me based on it's uniqueness. It's basically green beans with a crumbled tofu/miso/sesame mixture. It's interesting, but not something I would recommend for a traditional Thanksgiving table. I left out the sugar and added a bit more soy sauce (I used Nama Shoyu, which isn't as salty as regular soy sauce. And speaking Nama Shoyu, I laugh every time I think of the name. An old coworker of mine, and my favorite person in the whole world used to say "NAMA SHO-YU!" in a sassy ghetto voice like it was supposed to be "Nah, I'm gonna show YOU!"..OK maybe you just had to be there...) 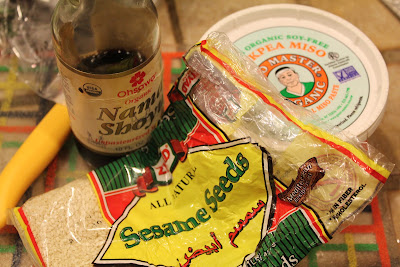 But I did discover a new favorite tofu while making this recipe. I used my first package of Wildwood Sproutofu with this recipe and found this tofu has this really creamy texture different from the Nasoya or 365 brands I usually get. The texture was great for sticking to the green beans and I can see using the Sproutofu in a future cheezecake (even though I don't think they make silken) for an extra creamy texture.

The cranberry blob on my plate is a prototype for a veganized version of my mom's jelloicious cranberry salad. I tried it with just homemade cranberry sauce as the gelling agent (since cranberries have a high amount of pectin-the compound in fruit that gels jellies) but it did not hold together as I would have hoped. I'm still working on it and will probably incorporate some agar. 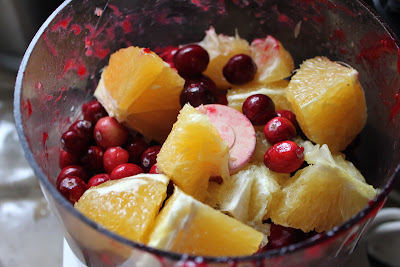 Hopefully I can get the recipe right tomorrow and post it.

And of course for the dessert, I used more of my fresh cranberries to make an adaptation of Cranberry Streusel Bars from Vegan Desserts. 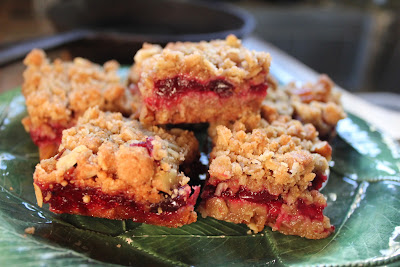 Combine the cranberries, sugar and water in a saucepan. Bring to a boil, then reduce to a simmer. Cook for 10-15 minutes, until the berries pop and the sauce thickens. Remove from heat and stir in salt and cinnamon. Set aside. (Congratulations. You have just made homemade cranberry sauce.)

Preheat oven to 375 degrees and grease a 9x13 baking dish.

In a large bowl, combine brown sugar, flours, baking soda, salt and cinnamon. Add the soymilk and oil  and mix well with a fork. Add oats and pecans and mix well. 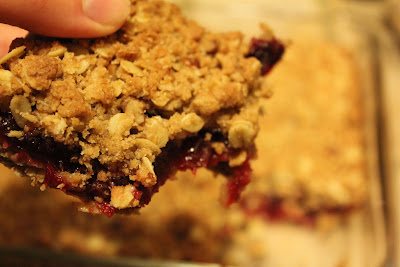 Think about adopting a turkey for Thanksgiving from Farm Sanctuary. 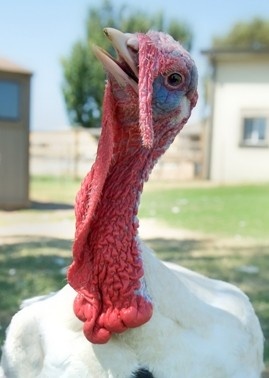 Posted by jacblades at 8:46 PM