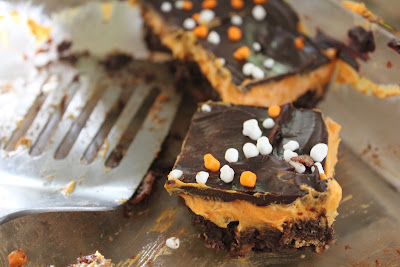 So I've never made nanaimo bars before, but I've always been intrigued by their decadence. The middle layer typically has custard powder which I had none of in my pantry so I searched for a recipe without custard powder.

I found Sarah Kramer's recipe which uses cornstarch instead of custard powder. I made a few mods from her recipe based on what I had. 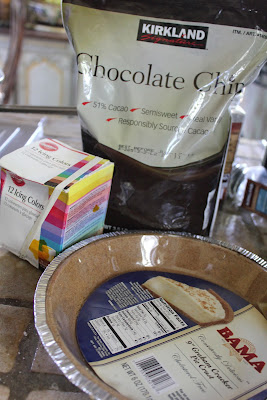 Since vegan graham crackers are hard to find for me, I like to use these graham pie crusts I buy at the dollar store. I used the whole crust which had a little more than the 1 1/4 cup of crumbs called for. I also didn't have any unsweetened chocolate for the top layer so I used chocolate chips. And of course to make them Halloween themed, I dyed the middle layer orange and topped them with Spooky Nerds. 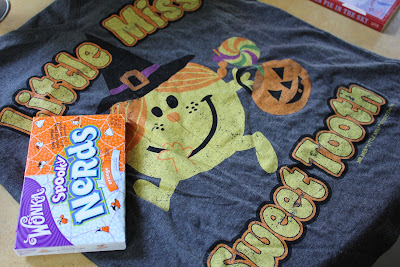 I picked up the Nerds at Target along with this awesome shirt! I knew instantly when I saw the Nerds that they were destined to be sprinkles. (All of the Halloween sprinkles had confectioner's glaze. Boooo!)

My friend sent me a pic of a glow-in-the-dark kid's shirt he saw at Wal-Mart which I was bummed that I could never find. 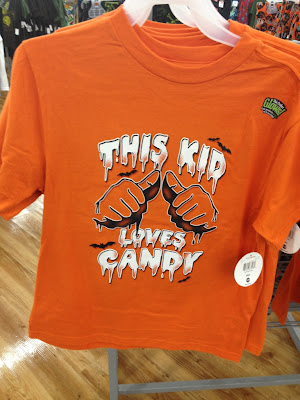 Luckily I found the Little Miss shirt and I like it even more! Even though it doesn't glow in the dark..It definitely fits better than a kid's shirt would.

Anyways, back to the nanaimo bars... 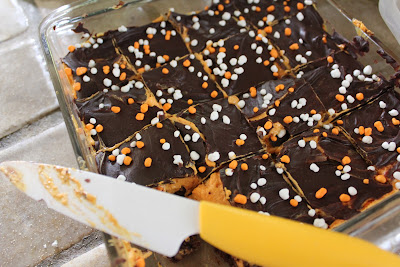 These didn't take long to prepare. I think I chilled for an hour and let them sit on the counter for a bit before I cut them. In retrospect, I would chill them for an hour, slice them, and put them back in the fridge for a few hours. They kinda melt if left on the counter for several hours since the middle layer is basically buttercream. I also could have done without the almond milk in the middle layer to perhaps make them a tiny bit less squishy. Very yummy! 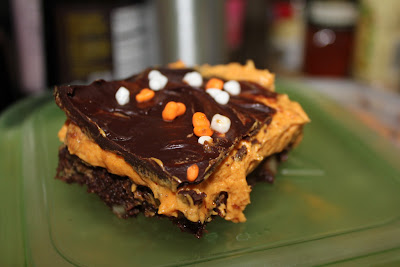 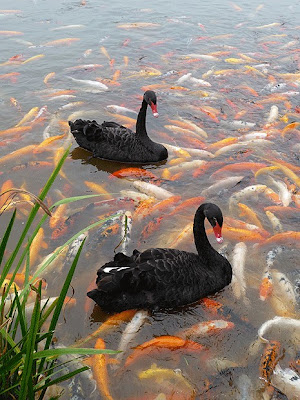 Up next: vampie teeth cupcakes!

Posted by jacblades at 5:58 PM